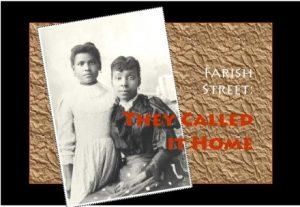 (Jackson, MS) – NMHS Unlimited Film Productions (NMHS) is pleased to announce that its film, “They Called It Home”, will be shown at Crossroads Film Festival on Saturday, April 5 at 1:30 p.m. at the Malco Grandview Theatre in Madison. The film, produced by Wilma E. Mosley Clopton, Ph.D. of NMHS, explores the history of the famous Farish Street neighborhood. The Farish Street neighborhood was once a prosperous area that fell into desertion. The film explores the reason for this collapse. “I am honored that my film “They Called It Home” was chosen to be shown at the Crossroads Film Festival,” said Dr. Clopton. “This film took several years to come into fruition and I cannot imagine a better way to get into the public viewing area.” The project was made possible through the generous support of the Mississippi Humanities Council, Women for Progress, the Mississippi Film Office, the Mississippi Film and Video Alliance and the Jackson Medical Mall Foundation. For more information about NMHS and its work, visit www.blackhistoryplus.weebly.com. For more information about Crossroads Film Festival including event pricing, visit www.crossroadsfilmfestival.com.