Internationally known as “The Black Swan,” Greenfield is an African American singer whose exceptional voice made her a popular performer in the U.S. and in Great Britain. Born in Natchez, MS, she made her debut at the Metropolitan Hall in New York before a “white only” audience of 4,000 in 1853. In 1854, she gave a command performance for Queen Victoria at Buckingham Palace. She was the first Black performer to perform before British royalty. Source: https://www.britannica.com/biography/Elizabeth-Taylor-Greenfield

Still was an American composer of nearly 200 works, including five symphonies, four ballets, eight operas, and over 30 choral works. He also composed art songs, chamber music, and works for solo instruments. He is often referred to as the “Dean of Afro-American Composers.” Born in Woodville, MS, Still grew up in AR and was the first African American to conduct a major American symphony orchestra; the first to have a symphony performed by a leading orchestra; the first to have an opera performed by a major opera company; and, the first to have an opera performed on national television. Source: https://www.loc.gov/item/ihas.200186213

Welch, a famed gospel singer known as the “Ambassador of Goodwill,” was born in Port Gibson, MS. Her love of music was inspired by her father, a talented singer and violinist. She performed for multidenominational churches and events across the country and world. Welch actively spoke out about racism at her lectures and concerts and was an active member of the Civil Rights Movement of the 1960s. She constantly confronted racial prejudice with patience, determination, and faith in God’s love. Source: https://www.brethren.org/bhla/hiddengems/rosa-page-welch/

As a celebrated pianist and music educator, Dawson was the first woman to earn a bachelor’s degree in music at Howard University. She also went on to attend the Chicago Musical College, where she studied piano, and then pursued further studies in piano on a scholarship at the Juilliard Musical Foundation. She was born in Greenville, MS, and later moved with her family to Chicago, IL, though now buried in Greenville. She was a member of the National Association of Negro Musicians. Source: https://en.wikipedia.org/wiki/Cornelia_Lampton

Alvin Fielder(November 23, 1935 – January 5, 2019)Born in Meridian, MS, into a family of musicians, Fielder became a famed American jazz drummer and recording artist. He was a founding member of the Association for the Advancement of Creative Musicians. With a master’s degree in pharmacology, he worked as a pharmacist and also a political activist while he focused on his passion for music, helping grow the industry, and making instruments more available locally.
Source: https://jazztimes.com/features/tributes-and-obituaries/drummer-alvin-fielder-dies-at-83/

LATEST NEWSLETTER: Giving Back in 2016 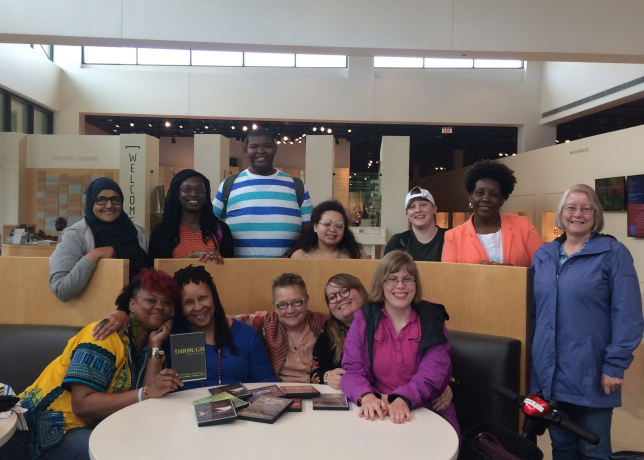 Race in America: Then and Now