(Jackson, MS) – Wilma E. Mosley Clopton, Ph.D. of NMHS Unlimited Film Productions, was recently a featured guest at “Como Reads 2014” in Como, Mississippi. “Come Reads” is an annual community read event. The Emily J. Pointer Public Library, a branch of the five-county, 13-branch First Regional Library System, hosted the event. Dr. Wilma Clopton, a member of the Mississippi Humanities Council Speakers Bureau, presented her work, Highlighting the Legacy: African Americans in Mississippi. She also screened and led the discussion about the film Slavery by Another Name. “I am honored to be part of such a wonderful event,” said Dr. Clopton. “This program not only showcases important historical films, but it also ties in Mississippi speakers to add a local perspective.” The library is one of 473 institutions across the country awarded a set of four films chronicling the history of the civil rights movement. The powerful documentaries, The Abolitionists, Slavery By Another Name, Freedom Riders and The Loving Story include dramatic scenes of incidents in the 150- year effort to achieve equal rights for all. The library will be screening The Loving Story, Slavery By Another Name and Glory Be in conjunction with “Como Reads 2014”. In partnership with the Gilder Lehrman Institute of American History, the Created Equal film set is made possible through a major grant from the National Endowment for the Humanities. This is part of its Bridging Cultures initiative. Dr. Clopton’s work, Highlighting the Legacy: African Americans in Mississippi, was made possible through a grant from the Mississippi Humanities Council. For more information about NMHS, visit our website at blackhistoryplus.weebly.com. 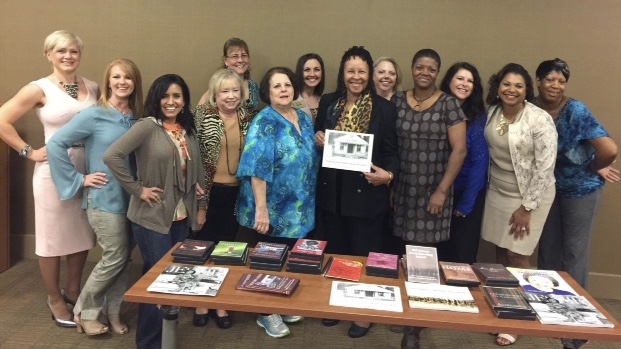