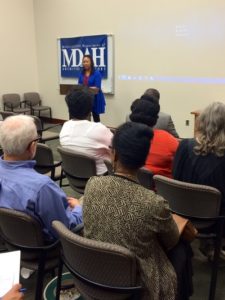 Dr. Wilma E. Mosley Clopton was the May presenter at the History is Lunch program hosted by the Mississippi Department of Archives and History. She presented and led a discussion on her latest film “JESSIE: One Woman, One Vision”, a documentary about her mother, Dr. Jessie Bryant Mosley, who dedicated most of her life in Mississippi trying to make a difference. Dr. Mosley was a founder of Jackson’s Smith Robertson Museum and Cultural Center—located in the city’s first public school for African Americans.  Dr. Mosley, a former social science teacher and community activist, led the fight to save Smith Robertson from demolition and efforts to revitalize the Farish Street historic district. As State Convener of the National Council of Negro Women Inc. in Mississippi, she organized at least 44 chapters of the organization is the state, established a childcare center near Poindexter and Barr elementary schools in Jackson, organized the first Women, Infants, and Children (WIC) program in Jackson, and assisted with the development of Fannie Lou Hamer’s pig farm project. Dr. Mosley received the Carter G. Woodson Memorial Award for promoting Black History Month, helping others understand the heritage of African Americans, and making positive changes in her community. She died in 2003 at age 99.

Photos from the History is Lunch presentation. 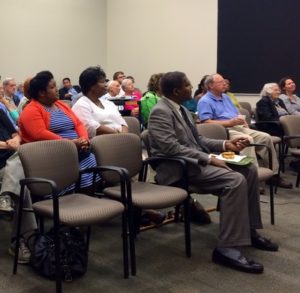 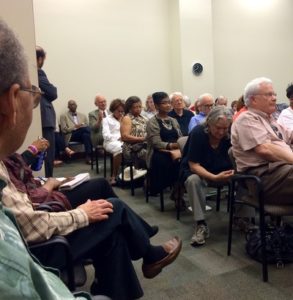 Dr. Wilma Mosley Clopton at the Legacy of the Black Press discussion at JSU